The Woraburi Sukhumvit Hotel and Resort is a mid-range hotel (but not much of a resort) located on Soi 4 in Bangkok, Thailand. Despite its central location and the quality quarters it offers, the rooms at the Woraburi can be extremely inexpensive at times, making it a great bargain.

The Woraburi Sukhumvit is located on the same soi as the world famous Nana Entertainment Complex, and this can come in handy. Rather than dealing with cutthroat taxi and moto taxi drivers outside of Nana when with that special someone, guests of the Woraburi Sukhumvit can simply take a leisurely stroll back to their room. 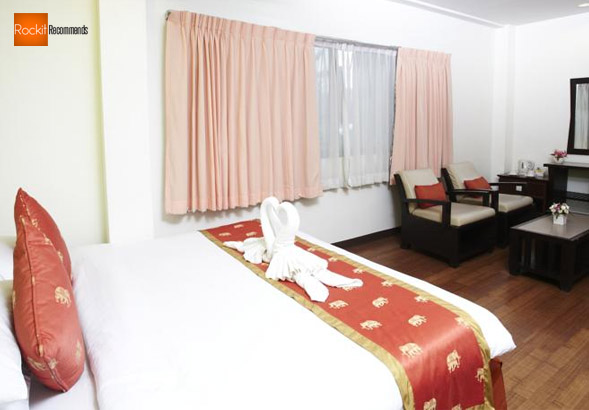 Don’t get me wrong. The Woraburi Sukhumvit is not located right next to Nana. It’s a bit of a jaunt. But it’s no really no problem since the road is relatively uncrowded and lined with a number of convenience stores, massage shops and roadside food seller. Those who still want to travel by taxi would be able to do so for next to nothing.

The Woraburi Sukhumvit’s slightly out of the way location is actually a great thing in my opinion. It’s close enough to the action to walk but far enough away to avoid the madness.

The staff at the Woraburi Sukhumvit is friendly and easy to deal with, though customers do have to make a deposit of 500 Baht upon check in. Worry not however, this is easily refunded on check out.

The Woraburi Sukhumvit is a fairly large building. There are some small shops and a massage parlor staffed with very friendly ladies on the bottom floor. Up the elevator are the rooms, which are in my experience all large and well-appointed.

I once booked a room here during an online sale for less than 20 US dollars. I didn’t expect much when I showed up, but I was surprised to find myself in a big, recently remodeled room with a huge flat screen television mounted on the wall; and unlike some of the similarly-priced hotels in the area, the television in my room at the Woraburi Sukhumvit actually had a few channels! 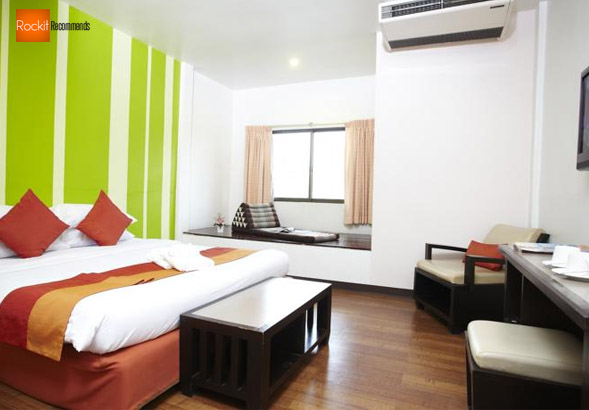 The Woraburi Sukhumvit is absolutely guest friendly, and the sky seems to be the limit. As always, standard practice in Thailand is to stop at the front desk with any temporary visitors so that they can hand over their ID cards until they leave. Things are the same at the Woraburi Sukhumvit, though the layout does seem to allow some guests to simply head straight to their rooms without so much as passing by check-in, at least from what I’ve witnessed.

The hotel also has a nice pool set up and a pretty good dining spread.

Check out is as easy as pie. Guests simply hand over their key, get their deposit back, and then head out the door.

This hotel is a great place to stay, though those wishing to do so should definitely book rooms at Woraburi Suhkumvit online to get the best possible price.