The hotel is located on the far end of Sukhumvit Soi 3. Their website says the hotel is a ten minute walk from Nana, but I think it would take longer than that, especially considering the path you’d have to take down small sidewalks that are often cramped with street sellers pushing their wares. 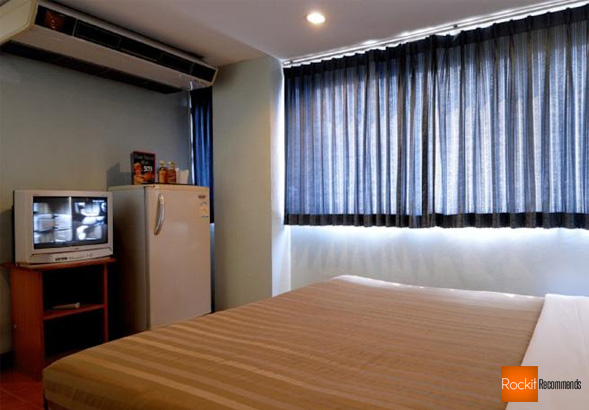 I don’t know if Soi 3 is known locally as the Arab Quarter, but if it isn’t, it should be. The street is home to the Embassy of Pakistan and countless businesses catering to Arab people, from Halal restaurants to Hookah bars and everything in between. Even the street walking prostitutes who hang out on the sidewalk seem to target the many Arab guys who walk up and down the street at all hours of the day.

I write this not with any intention of discrimination or racism, but simply to let the reader know what kind of area the hotel is located in. You shouldn’t be shocked to see a man walking with his wife covered from head to toe in black fabric even though you’re only a short walk away from the infamous Nana Plaza adult entertainment area.

You also shouldn’t be surprised to see all sorts of people in the area, especially considering that Soi 3 is also home to the world renowned Bumrungrad Hospital, which offers pretty much any medical service you can think of in very nice and modern facilities. Many people travel to Thailand just to be treated at the place.

What about the hotel itself? From the outside, and even when entering the lobby, you may think that you’re looking at a really high quality hotel. The truth is, you aren’t. The rooms at the Unico Express are very inexpensive, sometimes as low as $17 US dollars a night, and there’s a reason for that. While the place isn’t falling down by any means, it certainly isn’t a top of the line place. 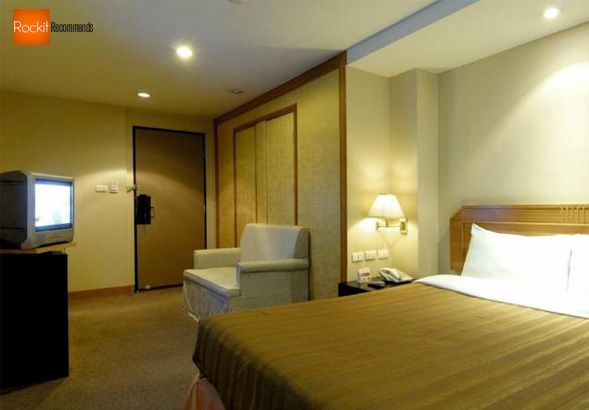 The lobby is nice, the elevators work fine, and the rooms aren’t torn to shreds or anything like that. But many modern conveniences that you’d get at a place like nearby On8 Sukhumvit are simply absent. During my stay the television only had about 5 channels, a mere one of which was in English, there was no safe, and — absolutely worst of all — the “hot water” in the shower was less than room temperature. That said, the room did have wi-fi and a great wrap-around corner view of the city. Management  was more than willing to let people staying there bring back guests with no hassle at all.

There is a small convenience store in the lobby of the hotel, though it seems to be independently owned. It’s not expensive and it’s nice to have around in case you want to buy something without walking outside and finding a local 7 Eleven.

All in all, the Unico Express Hotel is an okay place to stay if in you’re in the area and want to save money. Those who spend more time outside of the room than in it will probably find it well to their liking.

I don’t know what kind of rate you would get if you showed up in person asking for a room at the last minute. If you book your stay at the Unico Express online, you can lock in a very low rate that is often more than fifty percent cheaper than the official listed price.