The Paradise Lodge and Spa Hotel is a slightly run down hotel located down a windy road in Chiang Mai. It seems that the builders had hopes for the place but they may not have panned out as planned. The hotel has a large shell complete with an indoor pool in the middle of the ground level though it looks as if a lot more was in the works at least early on.

The Paradise seems to be pretty empty at most times. There are usually some people hanging around out front and at least a couple of Chinese families staying in the rooms or enjoying the pool but there is still a sort of deserted or unfinished feel to the place even in the middle of the day. 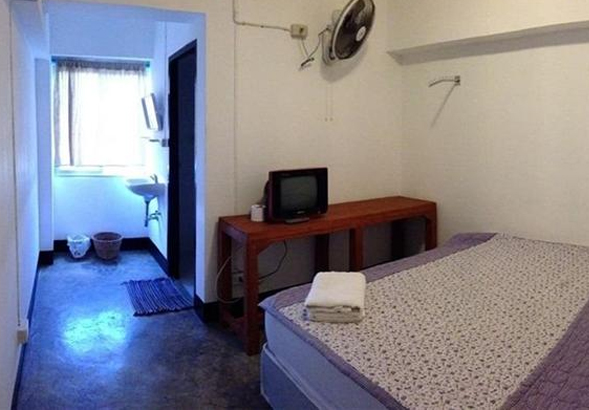 Perhaps one reason for that is that the Paradise Lodge is very lightly staffed. At any time there may only be one or two people around. Those who are on the grounds have a tendency to wander around which is probably a result of there being a whole lot to do. The English language is not spoken by most people at the hotel. Chinese is probably a lot more common.

The small staff and open floor plan mean that people can and do wander in and out of the hotel at all times. There isn’t any mad rush of strangers but a person or two walking through the hotel lobby and even up the stairs doesn’t draw as much as a curious look from anyone around.

The rooms at the Paradise Lodge are nothing to write home about but they are not terrible either. There are much worse places around. Some local hotels and hostels have truly terrible quarters on offer. The Paradise offers rooms of decent size with clean beds and functioning showers with hot water. That’s a step up from some of the competition.

Nights at the lodge and hotel are very inexpensive. The incredibly low prices that can be found by booking a stay at the Paradise online before arrival can be almost unbelievable.