The Beverly Plaza Hotel is a large and well known hotel in the Chinese Special Administrative Region of Macau. It is conveniently located along a quite commercial street just steps away from the major casinos and things like convenience stores and one of the island’s only Starbucks.

The large and airy rooms are reminiscent of the kinds of quarters you’d expect from a four star hotel in Europe or the United States. They are much larger and better equipped than the rooms you find in nearby Hong Kong for similar rates. 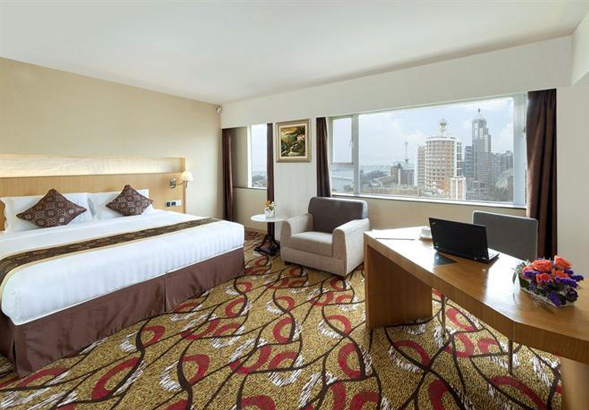 The hotel was built some time ago. This is obvious only if you really take a hard look. The newer hotels located in Macau down on the Cotai Strip resemble modern Las Vegas quarters but are less like the original area. They’re also well out of foot range of most of the sights and sounds of old Macau. They probably attract more group tourists and people looking to stay grounded in a single casino for the duration of their stay, with a possible side trip to a show or something like that.

As with most hotels the front desk and other service staff can sometimes struggle with English but they are patient and try to help. There is usually someone around who has a decent grip on the language if necessary though things are so streamlined that checking in and out is usually as simple as showing up and temporarily handing over a passport for identification. 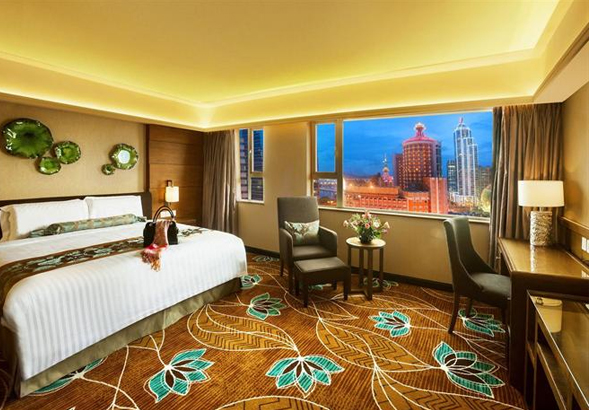 With an open floor model the hotel is totally guest friendly as a matter of design. No one really looks at who is going in and out of the hotel all that much. In a place like Macau that is generally quite safe there is simply no need. The place also has a male sauna on premises for guys to let off steam. This is open to the public and people staying in the hotel alike.

Macau is a place filled with luxurious four and five star hotels. They are all quite nice. Beverly Plaza is one of the many hotels of this type around. It’s not necessarily the absolutely best hotel in Macau. But it is a well run quality place that is somewhere near the top.

Despite its quality and prominence, rooms at the Beverly Plaza Hotel are quite reasonably priced. Showing up at the front desk and trying to get a room at the last minute may lead to some higher rates but booking online in advance almost always gets you a good rate.