Macau is a special administrative region of China that operates according to its own rules as a part of the agreement between the former colony and the mainland. The local laws allow gambling and this permissiveness has led to the construction of numerous casinos that continually draw in visitors from mainland China and the rest of the world. Prostitution is also legal in Macau and numerous working women pursue the trade.

The casinos and other attractions that visitors would want to see are mainly located in Macau City. An unsuspecting visitor may unknowingly book a hotel in some far off area that is officially a part of the Macau region though distant from the Macau peninsula.

Most hotels allow customers to bring guests back to their rooms with no hassle and indeed many are so large that it would be almost impossible for the staff to keep track of which customers are going where and with who. That said there are some hotels that either frown on customers bringing friends to their rooms and either prohibit the practice or tax it with additional fees. This is a list of the best and most conveniently located hotels in Macau proper.

I’ve already written in a previous post that the Hotel Lisboa is the best guest friendly hotel in Macau. When considering the price and what is offered I still think that is true. The hotel has been around for a while but it has been maintained nicely over the years so that it still looks great.

The Lisboa is located right in the middle of Macau and so it is in walking distance of numerous other hotels, casinos, cultural sites, shopping centers and more. Standard rooms are more than good enough for a place to sleep but the higher level rooms are even better. Some of the suites are simply spectacular with large television areas and showers with electronically programmable shower heads that can deliver back massages in sync with music.

The Hotel Lisboa is totally guest friendly and customers are free to come and go as they please from any of the many entrances in the building without anyone giving them as much as a second look.

The best thing of all about the place is that rooms are reasonably priced and one can often spend less than 100 US dollars per night when booking a stay at the Hotel Lisboa online prior to arrival. 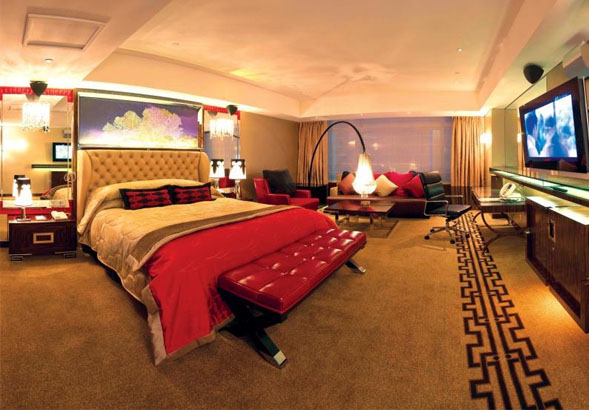 Bigger and in some ways better, the Grand Lisboa Hotel is located directly across the street from the older Lisboa Hotel described above. The massive 47 floor hotel is the tallest building in Macau and is further distinguished by its unique shape. Opened in 2007 the hotel is also home to the 218.08 carat “Star of Stanely Ho” diamond.

Rooms at the Grand Lisboa are as nice as could be expected. Like its sister Lisboa, the Grand Lisboa is a five star hotel and the standards and services reflect that. The hotel is also totally guest friendly and paying customers are able to bring friends to their rooms with no problems.

Rooms at the the hotel are not inexpensive but they are not outrageously priced either. A stay at a similar hotel in many major cities around the world would cost substantially more. The best rates can be found by booking at the Grand Lisboa Hotel online in advance of a stay.

The Golden Dragon Hotel is a well known four star hotel located within walking distance of the two hotels already listed here. The hotel is easy to find with its front covered with the kinds of neon lights one would expect in a gambling town. The hotel itself contains a full casino and a number of other facilities.

Some of the more interesting aspects of the hotel are the 24 hour bar and nightclub. There is also a coffee shop and good Wi-Fi internet through all the rooms and public spaces. The Golden Dragon is totally guest friendly and customers staying there should have no problems if they decide to go back to their room with a friend.

This hotel has some of the best prices of any other hotel at this level in Macau. Rooms can regularly be found for less than 100 US dollars by booking at the Golden Dragon Hotel online prior to arrival. 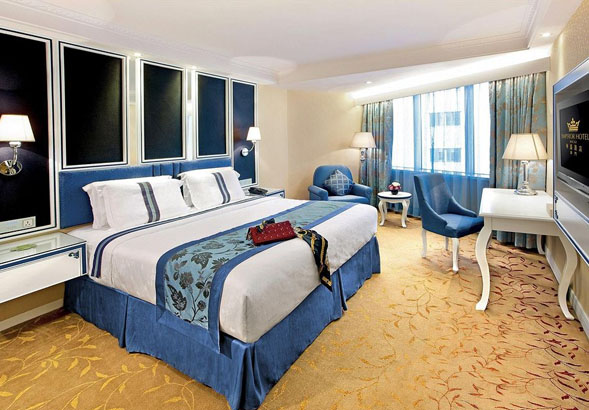 The Emperor Hotel is another conveniently located hotel that can be reached from the other hotels mentioned here on foot in a matter of minutes. The Emperor is listed as a four star hotel and I think that’s fair though it does excell in some areas. I imagine that if this hotel was in some other city it could even be given a higher rating whoever it is that makes those decisions.

The hotel is guest friendly and there are no prohibitions against customers taking a friend or two to their rooms if they want to do that. There is an ATM machine located right in the hotel which can come in handy and Free Wi-Fi is also available in all rooms and public areas.

The prices at Emperor are reasonable and right in the middle between a place like Golden Dragon and a place like the Grand Lisboa. When discounts are given the rates can be beyond fair. The best way to find a good rate is to book a room at the Emperor Hotel online before showing up. 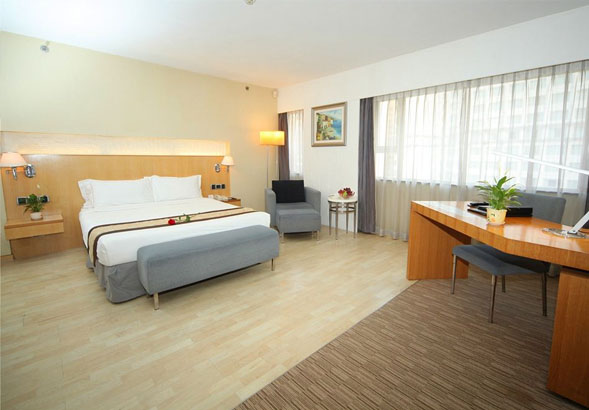 The Beverly Plaza is a nice four star hotel located very near to the Emperor. The place has a combination of luxurious and clean modern quarters so there’s something to fit almost every need. The free internet provided to customers is reliable and quick which is important for many travelers today.

The hotel contains a number of facilities including a nightclub and all the regulars like room service are also available. The Beverly Plaza is totally guest friendly so customers who want to take a friend or two to their room don’t run into any issues.

The Beverly Plaza isn’t the nicest hotel in Macau but it isn’t bad either. Not everyone wants to splurge on an expensive room with all the extras. This place would probably satisfy those looking for something reasonable and reliable. The best price can be found by booking a stay at the Beverly Plaza Hotel online before coming. 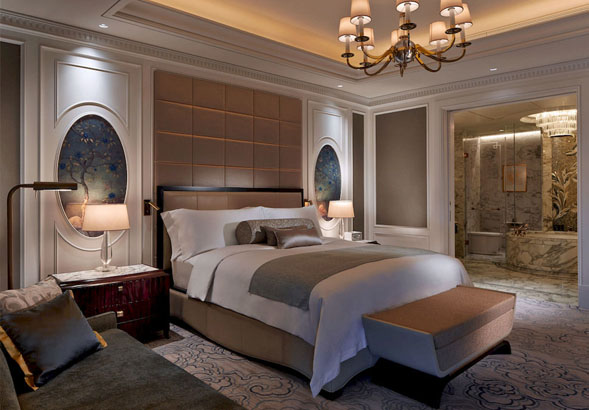 The last hotel on the list is the only one not to be located in downtown Macau. The five star Ritz Carlton is quite possibly the nicest hotel in Macau though not the best since it is located on Taipa rather than in the middle of all the main casinos and such.

I include the hotel because it is so nice. It’s also conveniently located for anyone with a flight to catch since it’s near to the airport without being close enough to be bombarded with constant noise. A nice thing about Macau is that it is a relatively compact place so even staying on Taipa doesn’t keep one away from the fun. In this case it’s only a taxi ride over a single bridge away. There are also numerous things in the immediate area of the Ritz Carlton including casinos and museums.

The Ritz Carlton is an impressive place with all the amenities that one would expect from a hotel of its kind. The hotel does have its own casino and it also offers things like guided tours around the area. Rooms are expensive and a single night can cost several hundred dollars. Deals can sometimes be found though they aren’t as common as they are at the other hotels listed here. The best chance at scoring a good price comes from booking a stay at the Ritz Carlton online as far in advance as possible.