Manila is a very large city and the capital of the Philippines. As the premier city in a country of nearly 100 million people the urban area can become crowded at times. This usually takes the form of lingering traffic jams that can border on the completely unbearable. Many local people take it all in stride. Many visitors don’t have time to.

Even though it’s relatively easy to get around the city things like drenching rains and the previously mentioned traffic mean it’s easier to get centered in a key location. While nearly every hotel in Manila allows their customers to bring guests back to their rooms some are located in far off or dangerous parts of the city. It can be difficult for a temporary visitor to determine which hotels are good and which are bad simply by viewing them on a website.

Because of that I have assembled a short list of what I consider to be the very best hotels in Manila with a confirmed guest-friendly policy. 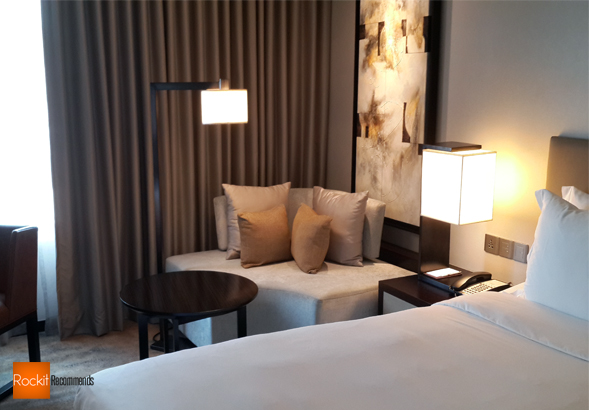 The New World Makati is one of the nicest hotels in all of the Philippines. It’s one of the few five star hotels around that actually lives up to its reputation. The place is incredibly large, well built and well maintained. The staff is top notch and they truly make customer service a priority. There are a variety of rooms available but they are all up to the five star standard. I’ve already posted a full review of the New World Makati on this website.

Nightlife is never far away. The New World Makati is just across the street from the Greenbelt 3 shopping plaza and there is even a club located inside of the hotel. Guests can bring visitors into their rooms without any issue. Those who accompany customers to their rooms won’t be questioned but those who arrive on their own have to ask the front desk staff to call to the room for permission to enter. When temporary visitors leave the front desk calls the room to make sure everything is okay. 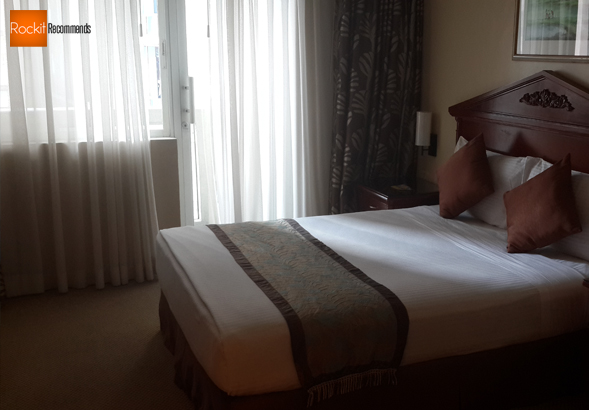 The Oxford Suites isn’t the best hotel in Manila by any means. It is a decent hotel that stands out for its location and reasonable rates. The hotel is incredibly easy to find in the middle of all the bustling nightlife of P Burgos Street. Everything from bars to nightclubs to 24 hour eateries are only footsteps from the entrance of the hotel and there is always security on standby to look after those who wander in at all hours.

The Oxford Suites has the framework to be a great hotel. It’s just a little old. Still the rooms are good enough for a stay and there are no major stand out problems. If the place was greatly improved there’s a good chance the rates would increase. As it stands it’s one of the most reasonably priced hotels in the city even though it has one of the best locations. Customers can bring as many guests as they’d like into their rooms without issue. Sometimes the security guards ask to hold an identification card while the guests are in the room but at other times they don’t bother. 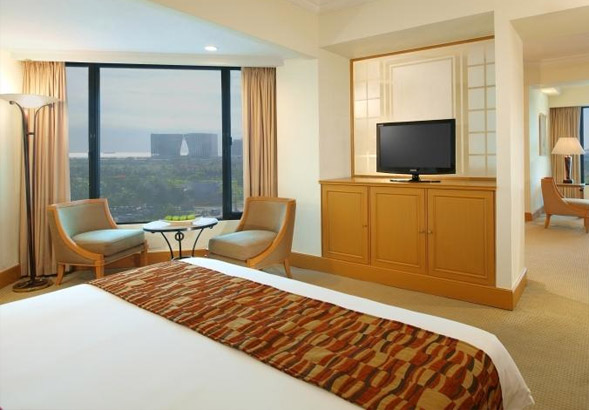 The Heritage Hotel is a lot like the Oxford Suites in that it has the framework to be a top of the line hotel. Unfortunately it has become a little dated. This isn’t to say that it’s a bad place to stay by any means. It’s just to point out that it’s not in the same shape it was when it opened years ago, garnering a five star rating.

Like the Oxford Suites the Heritage Hotel is in a great location. This is probably it’s best selling point. Plenty of all night eateries and nightlife hotspots are only a short taxi ride away and the famous EDSA entertainment complex is right across the street. There is never any issue with customers bringing guests to their room but they may be asked to show identification to security. 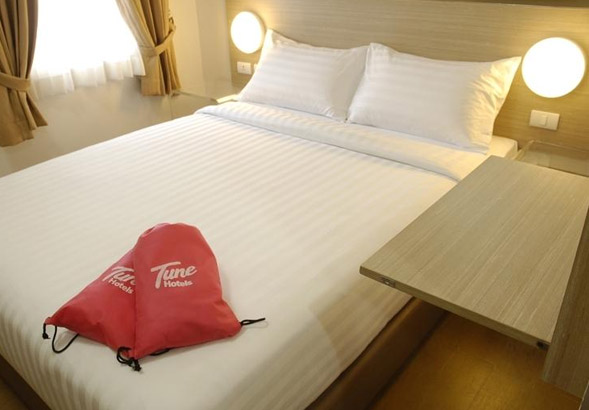 Like the Tune Hotel in Angeles City this Tune Hotel in Manila is a budget hotel offering the minimum requirements for travelers. This isn’t necessarily a bad thing. Those who don’t have huge amounts of money to burn can get exactly what they need without breaking the bank.

The Tune Hotel Makati offers clean rooms in a safe environment only a block away from the famous P Burgos strip. Makati Avenue and Greenbelt 3 are also nearby. Customers are free to bring guests back to their room as long as they book double occupancy.

Rooms are generally inexpensive but the best rates can only be guaranteed by booking at the Tune Hotel online in advance of the stay. This is also a good way to find out about sales that sometimes offer incredible discounts on already low prices.