The Veneto Hotel and Casino in Panama City, Panama has been around for many years. It is a very well known place that has even been reported on in the international press. Rather surprisingly, the hotel is not jam packed with people.

As mentioned the hotel has been around for quite a while and in some areas that shows. The carpeting in the hall ways is worn and there are some signs of water damage on some of the walls. Although the hotel has a three star rating, it does show wear and tear. Still the rooms are large and appointed with big beds, quality desks and gigantic marble floored bathrooms. 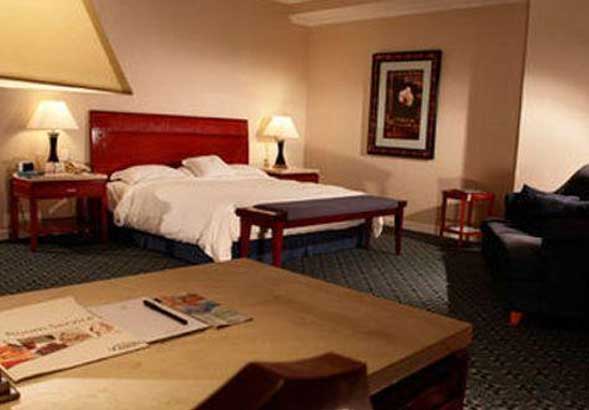 The Veneto has all the amenities that should be expected including plush robes and free high speed internet. Room service is also available twenty four hours a day though there are some very inexpensive restaurants just next door that also stay open well into the night. Security guards are posted at the entrance of the hotel around the clock to keep things safe.

The biggest draw for most visitors to the Veneto is the casino which is small but filled with all sorts of table and machine games along with a bar and seating area that draws in lots of women and men every night of the week.

As the casino inside the hotel is a hot point for nightlife in Panama City it only makes sense that the hotel is guest friendly. It would be difficult for the hotel to prevent customers from bringing guests back to their rooms even they wanted to since it is so easy to go from the casino floor to any one of the rooms thanks to the elevator bank.

Rates at the Veneto Hotel and Casino fluctuate from one day to the next. The place always seems to have rooms available at a reasonable cost but simply walking up without a reservation is like asking to be charged as much as possible. It is much better to book a stay at the Veneto Hotel online in advance so as to lock in the best possible rate.