Pattaya is well known for a few things. One should be the inexpensive room rates. A lot of really nice places have rooms at rates that wouldn’t even get you a roadside motel room in the middle of America. Places within view of the beach can even be inexpensive as the Sawasdee Siam Hotel shows. 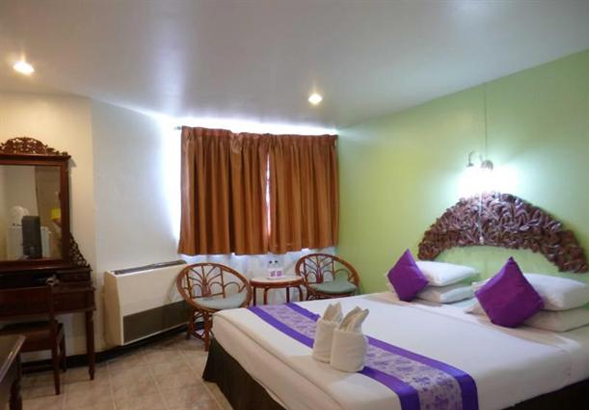 Although it is a budget hotel the rooms have all the amenities you would expect. All quarters have clean bathrooms and air conditioners. Beds are twin and queen size and up to par for a nights sleep. There is free wifi throughout the place.

Most hotels in Pattaya allow customers to bring guests to their rooms. It’s in the nature of the town. There are some places that don’t allow it however, such as some of the family oriented resort style places and even a few discount hotels. Many more hotels charge a “joiner fee” when a guest shows up at a room. This can all be avoided by doing a little research. 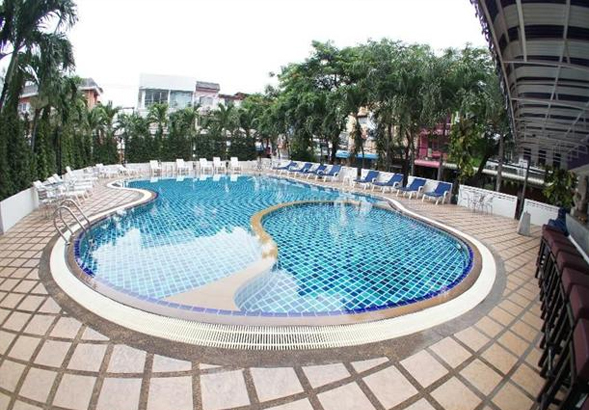 The hotel also has a pool. It is actually not quite bad. With the beach near by this offers two options for getting wet during the days. Pattaya can get very hot at times.

Of course the hotel is hardly the nicest in town. At this rate who could expect it to be? It is noticeably old and lacks some modern features like multiple electrical outlets for phones and computers.

As mentioned room rates in Pattaya are usually very reasonable. This place is no exception. But while you can often walk right up and find a cheap room the best way to ensure a great price is to book a stay at the Sawasdee Siam Hotel online before arrival.