The Bougainvillier is a girl friendly three star hotel on the riverside in Phnom Penh. Although the name isn’t very easy for locals or foreigners to pronounce all taxis and tuk tuk drivers are able to locate the place since it is situated along the most popular strip in the city.

Since the Bougainvillier is located along the riverside it is absolutely surrounded by dining and drinking options, starting with a nice French bakery attached to the hotel itself. The Riverhouse nightclub is in walking distance as are the countless hostess bars on Street 118, Street 130 and Street 136.

There is also a nice French bakery and cafe in the building right next door. There is even a door that connects the hotel lobby with the cafe which makes mornings very convenient. The cafe is a nice spot to watch the world go by. 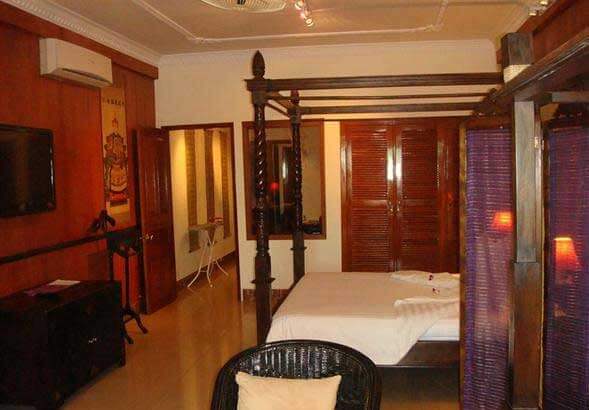 Rooms at the Bougainvillier aren’t spectacular. It is a three star hotel after all. But nothing is out of order. Rooms have large beds and bathrooms along with everything else you would expect. WiFi is fast and reliable. The chairs in the room are wicker but that is not out of the norm in this part of the world.

Certainly the Bougainvillier provides a lot more for the money than any hotel of a similar price would in the West or even a place like Japan where “the customer is god”. The staff is incredibly nice and helpful. Check in and check out are both quite quick and easy. 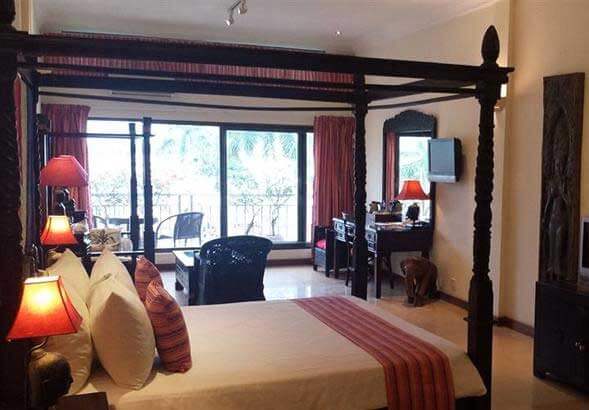 The Bougainvillier is completely guest friendly. The front desk staff and security do not hassle customers who decide to bring guests back to their rooms at all. There is no interaction outside of perhaps a hello given in either direction.

The only real issue I can find with the place is the drainage in the bathroom. Everything is connected and using the shower can leave a little standing water around while the drain does its work. It’s not a big deal but it is worth mentioning.

Hotels along Phnom Penh’s riverside aren’t outrageously priced but they aren’t cheap either. There are some very inexpensive guest houses scattered around the city but they are not as safe and secure as a hotel like the Bougainvillier. It is possible to secure a quite reasonable rate by booking a stay at the Bougainvillier online before showing up.