The River Palace Hotel is a four star hotel in Phnom Penh, Cambodia. The hotel is situated along the Tonle Sap River a little north of the popular river front area and only meters from the famous Wat Phnom site that the town is named for.

There are some many old and worn out hotels in the city. Many of the less expensive places fit this description. There are also some newer and more expensive hotels around too. The River Palace Hotel was constructed in the last few years and it shows. Yet, prices for rooms are incredibly reasonable considering its location in a Southeast Asian capital city. 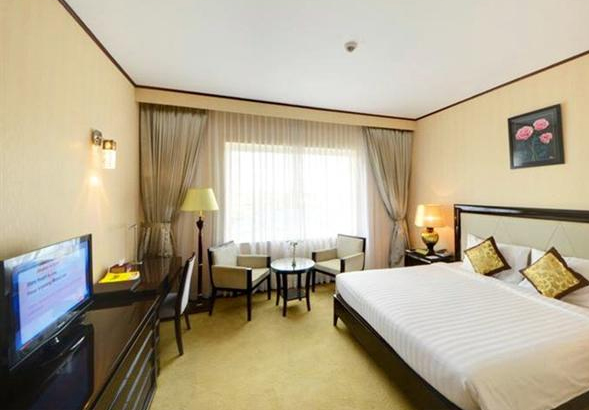 The River Palace contains a large spa area that includes some enormous and quite elaborate massage rooms staffed by skilled masseuses. Everything inside is of top quality which is something not often seen in Phnom Penh massage venues. Prices are still very fair.

Other amenities include a coffee bar, a meeting room and a business center that is open around the clock. The hotel also has a nice lounge bar that even hosts live bands. It’s a nice place to hang out and if more is desired the main areas of nightlife and entertainment are only two or three minutes away. 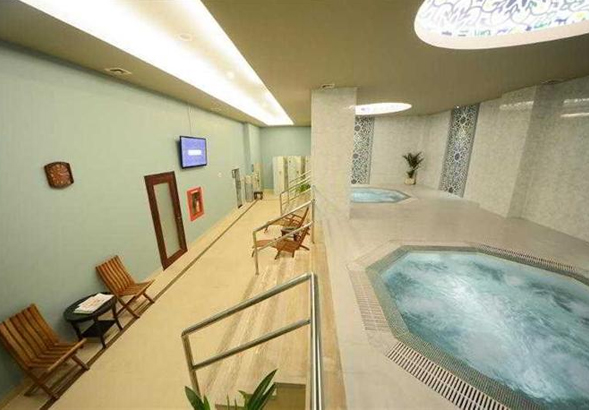 So this is a rather large place that looks somewhat luxurious or at least ostentatious from the outside. That doesn’t necessarily indicate the reality of the place inside. It is more of a mid-range place that just happens to have a number of features.

The River Palace Hotel is a little light on staff. There are always people working the front desk and at least one security guard around in the parking lot outside. Other than that however there are times when no one else can be found. That can be a good thing for those seeking privacy. Those looking to retire to their rooms with a guest may also find it to their liking as it means they will not be bothered.