Singapore is often described as one of the strictest countries in the world. I guess that applies to their no tolerance policy against drug trafficking but most ordinary people won’t feel any more intrusion into their daily lives than they would in most other countries around the world. In fact with things like open regulated prostitution and a vibrant nightlife many will visitors will probably see less than they do at home.

Most hotels in Singapore seem quite willing to accept any and all guests that customers staying at the hotel bring back to their rooms. I’m sure there is some limit but everything within reason is allowed without as much as a mention. Grand Park City Hall is worth mention not because of its guest friendly policies but because it’s such a nice hotel. Located in the center of the city and only a short distance from everything the hotel is among the best in the entire country. 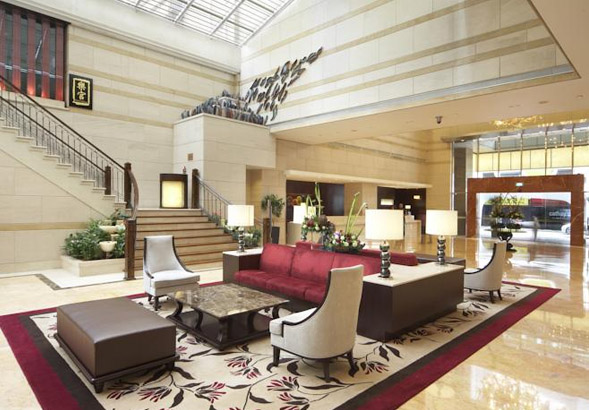 The Grand Park City Hall is rated five stars by every publication and website you can come across. The lavish lobby makes clear why that is. Oddly check in is done at different counters depending on where the room is located but this isn’t too much of a hassle. The service is generally top notch and customers who stay in many rooms are even given access to a fully stocked lounge where they can eat and drink before checking in and after checking out.

I don’t really have any complaints about the hotel. I will say that things upstairs where the rooms are located aren’t necessarily as nice as the lobby makes the building appear. Everything is clean and well done but the room look a bit normal in comparison to the marble floored entrance. That’s nothing major though and the rooms certainly do serve their purpose. 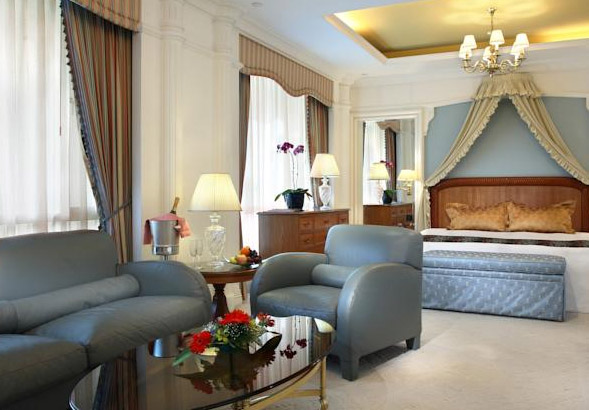 The rooms are also quite large considering the premium on space in Singapore. The high end rooms are frankly gigantic but even the standard rooms are very spacious. Full bathrooms that are stocked with everything a person could possibly need compliment this nicely. The televisions and technology are all as modern as it gets and guests are even given smart phone devices with free internet connectivity for the duration of their stay.

Wi-Fi is good throughout the building. This is important nowadays but unfortunately many hotels fall behind on connectivity. Room service is a tad on the expensive side but that’s to be expected in a hotel like this in a city like Singapore. The food is good and it’s brought to the rooms quickly. House keeping is also done well. 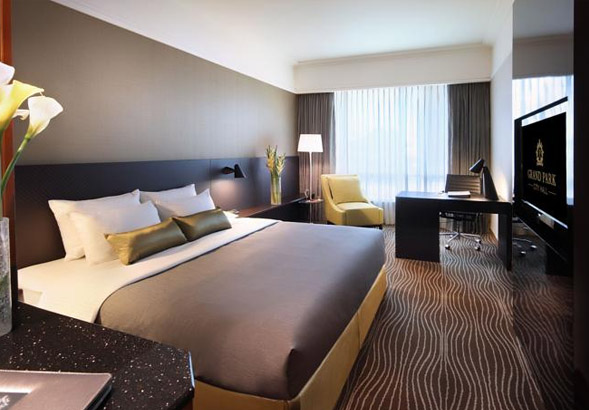 The large open lobby and secluded elevator banks means there’s no real walk of shame at the Hotel Grand Park City Hall. Guests can come and go as they please with whomever they please and they will probably not even be noticed. The lobby area is lively at all hours with guests and business people mingling among the various eateries and rooms. Taxis can be hailed by the staff in front of the hotel quickly. This beats standing on the street trying to flag down a cab in the middle of rush hour.

As always the best way to get the lowest rate possible is to book a room at the Hotel Grand Park City Hall online well in advance of the scheduled stay. Huge discounts can be had this way, which means a lot in a country like Singapore where hotels are anything but cheap.