Tokyo is a huge city though it probably doesn’t get as many tourists as some other Asian cities of lesser size. Those who do visit the land of the rising sun encounter a place that is familiar yet totally different. There are well known shops like Starbucks all over the place yet even ordering a cup of coffee can be a exercise at times.

Even in the midst of this it seems that a lot of foreigners make love connections while they are in Tokyo. Either that or they run into one of the many services offering guys company at a set rate. For the most part this is completely legal in Tokyo with a lot of businesses being licensed and regulated. That doesn’t make it easy. Even people who get around language barriers often find that their hotels have rules that they have to navigate.

There are hotels all over Tokyo. Most are mid-range business hotels. They are reasonably priced considering their locations but they have small rooms and usually do not allow people to bring visitors into their rooms. Some guests are able to sneak visitors around the one or two people on staff but if they are found out they can have issues.

Love hotels are also common. They are located in different parts of the city and can be hired out for short periods. Some of them can be difficult to book without Japanese language skills as rooms as ordered with a front desk attendant or through an electronic board with Japanese signage.

The kinds of hotels that would be familiar to most westerners are a little less common but there are many around. The majority are totally fine with customers bringing guests into their rooms. Most don’t even take notice.

The following is a list of highly regarded and well reviewed guest friendly hotels in key areas of Tokyo, the city most tourists will probably visit first. The list includes links to book the rooms online in advance in order to guarantee a room and the best possible price. 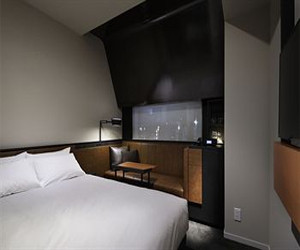 The Shinjuku Granbell is one of the nicest hotels in Tokyo. Its large, clean and professional. Its completely guest friendly policy is complimented nicely by its central location in Shinjuku which is in within walking distance of the famed Kabukicho area, home to places like New Hot Point and Hinomaru. Rooms at the Granbell are not cheap but this only makes sense since they are of such high quality and in such a prime area. The best prices can be guaranteed by booking rooms at the Granbell online before arrival. 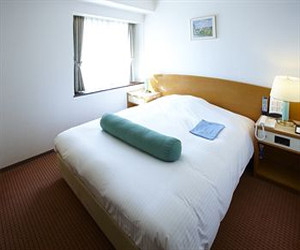 The Sunlite Shinjuku hotel is more reasonably priced than the Granbell. It has smaller rooms but it also has a very convenient location and a fully guest friendly policy. It’s tough to get a room that isn’t tiny in the middle of Tokyo unless you’re ready to break out beaucoup bucks. Unless you want to break the bank the best bet is usually to find something with an acceptable room size and nightly rate. For most the Sunlite should fit the bill. The only way to ensure the best possible price is to book a room at the Sunlite Shinjuku online before showing up. 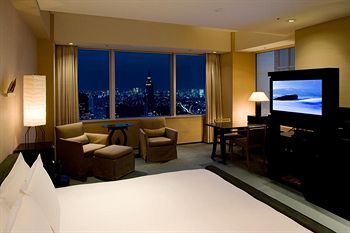 The Park Hyatt is another outstanding luxury hotel with a totally guest friendly policy. The hotel is centrally located near the trains and numerous nightlife and entertainment hotspots and its always easy to grab a taxi out front. This is another hotel with a high price tag but the prices are reasonable considering that the Park Hyatt Tokyo is a world class hotel in a world class city. Big discounts on the regular rates can often be found by booking stays at the Park Hyatt online before arrival. Showing up out of the blue may put your credit in the red. 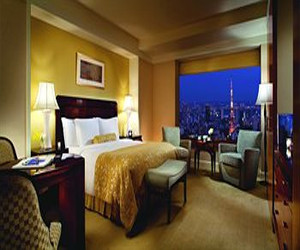 The Ritz-Carlton in Tokyo is as well run as its name would indicate to those familiar with international hotel chains. The reviews this hotel have received over the years speak for themselves and the quality of the hotel is only added to by its incredibly convenient and central location and totally guest friendly policy. The rooms at the Ritz-Carlton aren’t inexpensive by any means but they are very impressive. Deals can often be found that can cut the nightly rate by up to half by booking at the Ritz-Carlton online in advance. 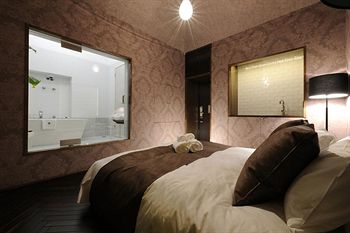 The Roppongi Hotel S in the area of the same name is a great little guest friendly hotel with very competitive prices. Roppongi is a go-to place for many foreigners visiting or living in the city. It’s home to a lot of international food and entertainment along with lively nightlife. It’s well known amongst locals as a place where “foreigner chasers,” or Japanese girls who like to date or hook up with foreign guys, go on the hunt at night. Regular rates at the hotel are very reasonable but even better deals can be found by booking stays at the Roppongi Hotel S online in advance. 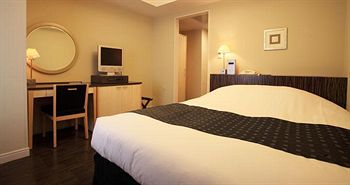 The Hotel Monterey Ginza is a guest friendly hotel located in perhaps the most famous area of Tokyo. The hotel is nice, clean and centrally located and bringing guests back to the room is never a problem. Surprisingly the rates at the Monterey Ginza are very reasonable when compared to similar hotels in the city. Of course the best prices can only be guaranteed by booking stays at the Hotel Monterey Ginza online in advance. 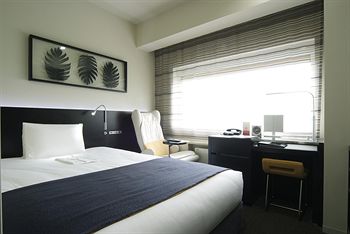 The Remm Akihabara is a guest friendly hotel conveniently located right next to Akihabara Station which puts its square in the middle of one of the most entertaining areas of Tokyo. There are numerous massage shops, shopping outlets and adult superstores like Love Merci within walking distance and the train can take you anywhere else in Tokyo with ease. As an added bonus the sidewalks around the hotel are often filled with cute Japanese women in sexy outfits advertising the many maid cafes in the area. Rates at the hotel are fair but the best deals can only be found by booking rooms at the Remm Akihabara online in advance. 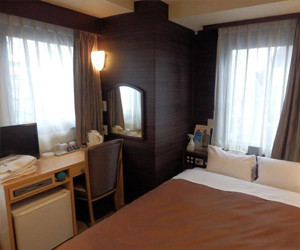 The Ueno First City Hotel is a nice and guest friendly hotel in Ueno, which is also home to Jan Jan. This isn’t the most famous section of Tokyo but it is a good place to find great deals on shopping, hotels and more. There’s a fair bit of entertainment around and the rest of the city can be easily reached by train. Rooms may look small for those coming from Western countries but they’re about average for a hotel in Tokyo. Rooms at the hotel are not expensive at all for Tokyo but the best prices can only be ensured by booking a stay at the Ueno First City Hotel online before arrival.