Tokyo is the capital of Japan and by many accounts the largest city on the face of the earth. Unlike metropolitan cities like New York and London the city of Tokyo is populated mostly with locals. Although the place is teaming with entertainment of all kinds very little of it is targeted toward foreigners. Some places can even be off limits to gaijin entirely. Still it is a world class city and most of the millions of people from other countries who visit the place have absolutely no problems where they go. The city is one of the safest around and easy to navigate by foot or public transportation.

More than a few foreign guys have fallen for local “J gals” and anyone who has experienced the place knows why. Crowds constantly whirling by with beautiful well dressed women mixed throughout can leave a big impression on any red blooded man. Many are tempted to try to make some local friends and with a little luck and effort most are able to succeed. In the crowded city of Tokyo where many locals live with their parents or in tiny little rooms finding a private place to get to know someone can be difficult. Or at least it would be difficult if it weren’t for all the love hotels around the city.

Understandably a lot of foreigners don’t want to deal with finding and booking time in love hotels. They mind find it difficult or daunting if they don’t speak the local language. They may also simply prefer the comfort of a Western style hotel. Many massage delivery services and the like seem to prefer the latter too especially when they are oriented toward foreigners.The following is a short list of the best hotels in Tokyo that have no issue with guests bringing visitors to their rooms. 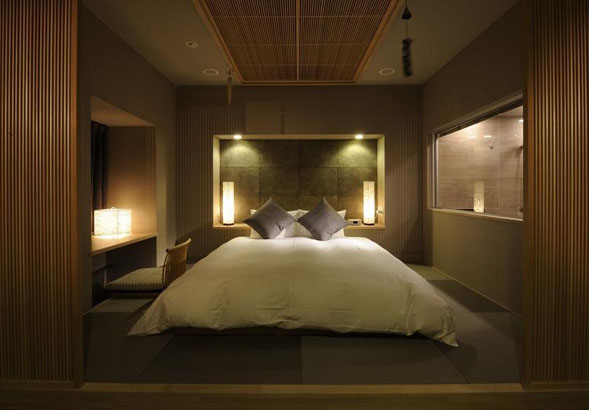 The Roppongi Hotel S is centrally located in the Roppongi neighborhood it is named after. This district of Tokyo is home to many businesses and offices but it is perhaps most famous as a place where foreigners go to meet the women who love them. There are plenty of bars and clubs around where locals and visitors mingle and meet within walking distance of the hotel and the train is also nearby. The Roppongi S Hotel is a nice four star place that has no issue with customers bringing guests back to their rooms. 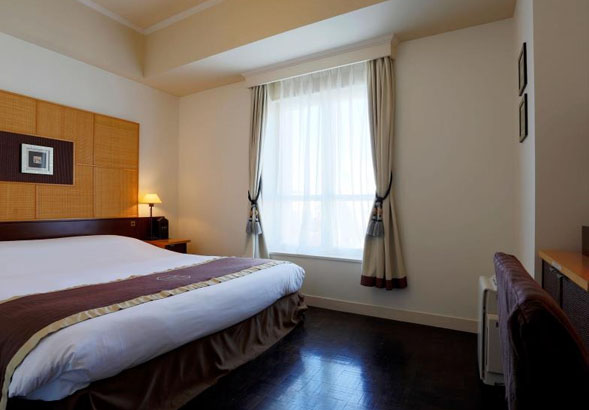 The Hotel Monterey is located in the Ginza area which has been one of the most well known parts of Tokyo to foreigner for many years. The are continues to live up to its reputation as one of the best high end shopping districts in the world. It is clean and quiet and a good place to stay. Centrally located in Tokyo the area grants easy access to every popular part of the city with a short train ride and sometimes even by foot. Visitors seem to like the area as well. The Hotel Monterey has a three-and-a-half star rating but looks like it deserves more. Thankfully the prices match the score so rooms at the Monterey Ginza are often much less than rooms at other similar hotels across the city are. Booking stays online ensures the best price as rates can go up when one visits in person asking for a room.

The Remm Akihabara is located right next to the massive Akihabara station in Tokyo that connects to multiple trains. It is incredibly easy to get from the hotel to most major points in Tokyo in a matter of minutes. Of course it is just as easy to stay in the Akihabara area which is home to countless restaurants and all sorts of entertainment and shopping. Akihabara is most known for the sort of hentai and otaku culture that has become popular in other parts of the world. Shops selling electronics, manga, adult videos and toys and plenty of maid cafes line the streets.

The Remm is only given three-and-a-half stars which is a bit odd since it’s such a nice hotel. This is probably due to the high standards of Japan. In some other countries it would probably be given four stars or more. The rating isn’t necessarily bad however since it seems to keep prices reasonable. Rooms can be found at great deals when booked online before arrival. 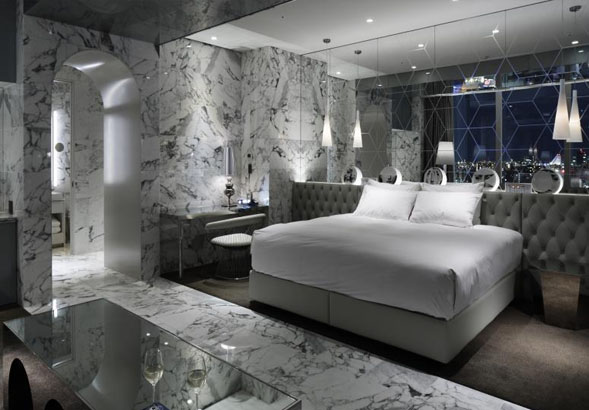 The Shinjuku Granbell is one of the better hotels in Tokyo. On top of that it is centrally located in the Shinjuku section of Tokyo and is within walking distance of the famous kabukicho adult entertainment district. This four star hotel is well run and maintained and has plenty of English speakers on staff which is not always the case in Japan. Rooms are clean and the hotel seems totally fine with guests bringing visitors to their rooms. A stay at the Shinjuku Granbell isn’t cheap but good deals can be on websites like Agoda. 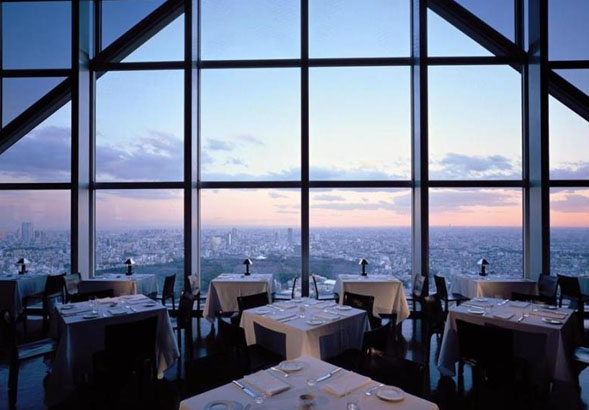 If there is a hotel better than the Granbell the Park Hyatt Tokyo would probably be it. This five star hotel is also located in the Shinjuku district but as its name and rating would indicate aims to be of even higher quality. The Park Hyatt is pretty impressive by any standard and the staff is just as good. The top notch restaurant with its wonderful views is indicative of how the whole place is run. The Park Hyatt way of doing things combined with world renown Japanese customer service means guests are treated incredibly well from check in to check out. This extends to the liberty guests are given to bring visitors to their nicely appointed rooms without issue. The Park Hyatt offers five star quarters with a price to match so it isn’t a place for budget travelers. Those who have the bank to pay for a stay will definitely get their money’s worth.