Of course one man’s reasonable is another man’s outrageous. It is well known that hotels in Yangon are on the more expensive side when compared to similar cities around Southeast Asia but Hotel Grand United 21st has rates that are competitive. While some less expensive hotels can occasionally be found in the outskirts the Grand United 21st is normally the best priced for the area.

The Hotel Grand United 21st doesn’t look like much from the outside. An open staircase watched by a guard at all hours leads to an elevator that takes guests to their rooms or the lobby upstairs. The stairs are clean and the elevator is new and modern. The security guards are friendly and helpful as are the men and women who work the hotel’s front desk. The rooms themselves are the best thing about the hotel though. While they aren’t magnificent feats of architecture they are clean, nicely designed and decorated and roomy.

The bathrooms are large enough to do the job and come with all the things a person could need including toothbrush, toothpaste, a comb and more. These are little things but sadly they seem to be disappearing from more and more hotels around the world, perhaps available if one calls reception and makes a request. The free wireless internet at the hotel is surprisingly strong and of decent speed. This too means a lot today when so many are connected for so many reasons. Even in some of the biggest hotels this reality is ignored or overlooked.

The hotel is located on 21st Street in Chinatown but as mentioned it is different from the Hotel Grand United Chinatown. The street itself is a typical narrow Yangon side street but it connects to main roads on both ends which means that it’s only a short walk to a number of shops, restaurants and street vendors and a seemingly limitless supply of taxis. Nearly every taxi in town seems to know the hotel too which makes it easy to return from anywhere. The hotel is also in walking distance of tourist attractions and the area that houses adult entertainment venues likes Emperor. 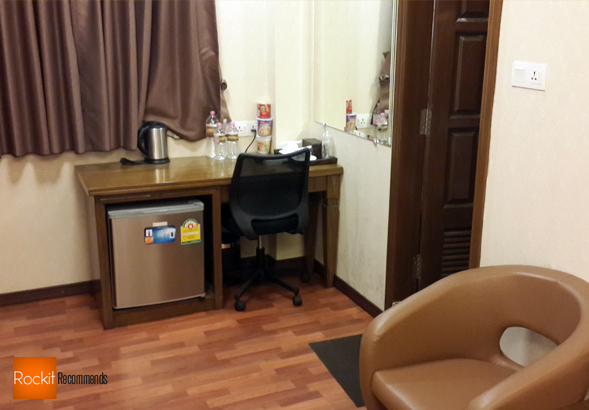 The Grand United 21st is rated as a three star hotel but I would say that it is nice than many other three stars I have stayed at around the world. The rooms are nice and high enough up to avoid any street noise. There are also amenities at the hotel like computers, a well operated laundry and a rooftop restaurant. The rooms are stocked with some drinks and snacks too of course though the prices are among the lowest I’ve seen in any hotel with a soft drink going for under a dollar.

Some hotels in Yangon have rules against guests bringing visitors to their rooms or try to charge them large fees to do so. This is not the case at the Grand United 21st. Guests are able to bring one or more visitors to their rooms with no problem at all. Visitors simply have to hand some form of ID over to the friendly security guard at the entrance which they can retrieve on their way out.

Rooms in Yangon are rarely inexpensive but deals can be found. The only way to seek out and guarantee the best possible price is to book a room at the Hotel Grand United 21st Downtown online before arrival.